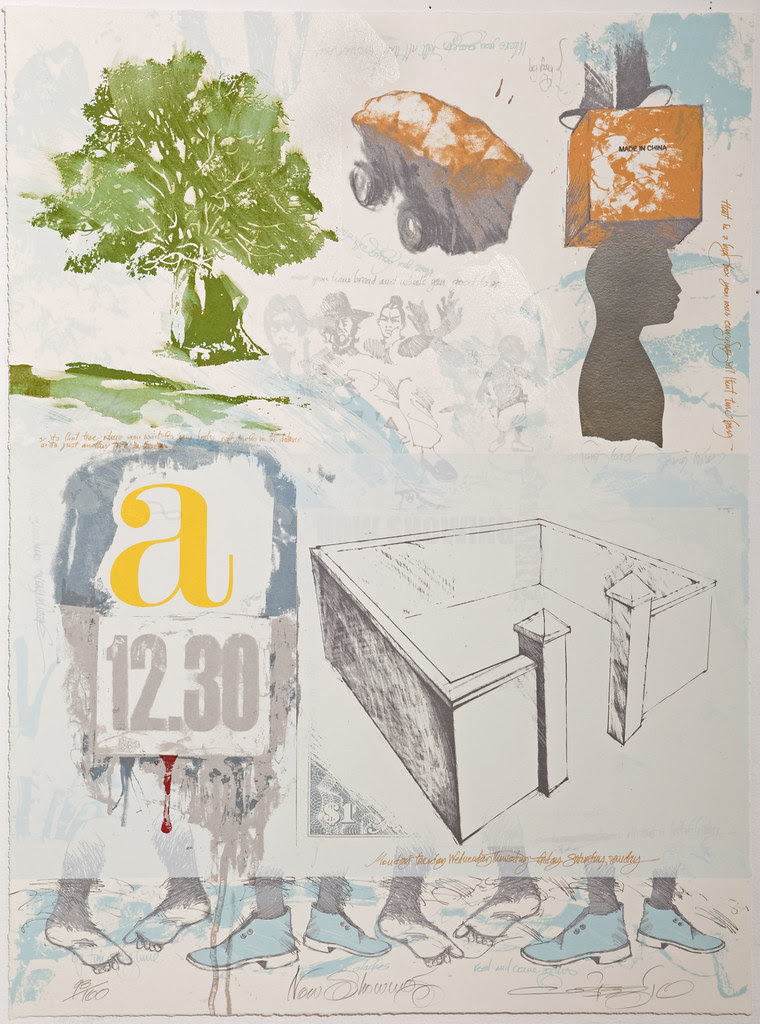 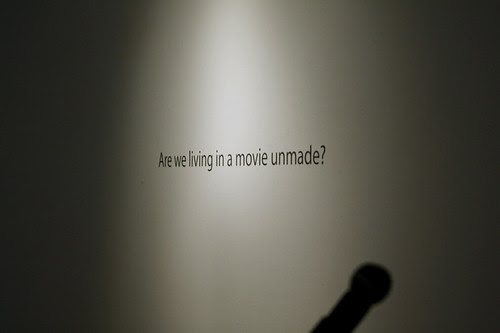 1. "Stains on paper;" is an idea that has been with me throughout my career. It's the title of an older work from the mid 90s. As with many of my images, the idea that my thoughts, visually, feel like a smearing or a staining of a pristine surface or field of art making ( I am thinking historically/internationally as a mere "native" who does not know better.) This is also implied locally as I do not come from the “Culture-producing-caste/cast” in the narrative of nation. You can look at it from within the confines of ethnic narratives or from class and family name etc. - the local bullshit that I faced when I was younger and now starting out as an artist in the mid-late 70's.  (The “who-are-you-to-feel-you-could do – x” stuff. ) So, there is, in my work, a dialogue about beauty and order deferred in sociological / existential ways. I was thinking about that anxiety which people like Naipaul discuss in their early lives and careers.

The stain - that grey grimy feeling - is the feeling of walking the streets of the city or of those kind of primary schools or institutional spaces like courts, government buildings, hospitals - any traditional waiting room around Port of Spain, still. But, it could also be Baltimore in the 80's or in those particular places in cities like Caracas or Johannesburg - those places where you find the darker people. Those places that people who inherit an idea of power think that it’s okay or natural for the rest of us to occupy?

2. The "12.30 show"  from Walcott and the Vybz Kartel Clarks song meet or collide within my visual vocabulary therefore bringing together the formal and the vernacular. Again, it is about the spaces I navigated growing up here and remain curious about when I travel. Also this is derived from the collaborations I have done with David Rudder and also Sheldon Holder of the band 12. There exists a visual interpretation of the "Mad Man's Rant," by Rudder, which the artist and myself discussed in great detail over time. This print is a follow on in some way.
Much of the writing in my images are random but sometimes related thoughts that come to me while drawing.  So next to the bread on wheels I wrote my own thoughts and also something derived from  a line from a song ( Salt ) by 3 Canal where they ask - where you going with all that dough boy  - or was it millions…tens of millions or something like that. That line and tone of voice in their performance matches the line..where you get them new Clarks dey daddy….

3. The cut - tree ( cut-nature ) is, of course, the one outside the Forensic Center in Federation Park. I have been looking at it for some years now - and especially so - since the rise in daily murders in our city. I find it interesting that the tree was cut down, the trunk burnt out, yet it's sprouting again. To me this says something about history - about persistence and hope. But, it also says something about how the tree in the sun, in a “tropical” sense, can have different meanings based how one encounters it.  In this image I am more interested in the topical than the tropical.
Often, I am driving past this location. The people standing around it may have lost a son, a father, a brother or relative, for example. While waiting, they are hearing gunfire from the police shooting range over the wall. It’s the background of our ongoing and often denied violent history. The mysterious cracking sound in the back of Chekhov's play, The Cherry Orchard, comes to mind.. the something that makes people build higher walls or more burglar bars or stay home at night….but now its playing out for a different class and group in another place. It impacts upon the flavor of the promise of mobility and liberation.


4. The bare feet and Clarks shoes could be dancing feet stepping to an urban beat. Bare feet may mean impoverishment in one narrative or folk-ish rural fortitude from old national and socialist forms of representation and the shoes - a kind of grassroots stylish-ness or bling. Bunji mentioned the Citizens' Conservation Core and his commitment to Clarks as a sign of rooted-ness some years ago in his personal narrative - in an early hit, about people wanting him for fetes all over the country.
I wore Clarks in my youth and my kids now do so also. It’s funny how these conservative Brit shoes have been co-opted into Caribbean macho narratives.
The feet could also be the feet under those goofy old fashion Carnival costumes or the feet of shot youth sticking out from under a cloth at a crime scene on the side of the road.  The feet also could be the feet of marching protesting workers carrying placards as was the case in my earlier "intersection" series from Johannesburg. It could also be the feet of a vagrant in the city sticking out from under cardboard as you walk by. Its patterning recalls the fringe on a dress or the pompoms on a Midnight Robber's hat. A friend who works in emergency services once told me that they are always puzzled by why the left shoe seems always to fall off first when someone runs or becomes injured. So one shoe on and one shoe off is suggestive in that sense.

5. The empty lot or car – park can be interpreted as history converted to property  ( or maybe just the continued story of the purpose of property and the mercantile purpose for being here in our context ) has been with me for the last 5 years and is a development related to my use of the podium from Copenhagen in the "Terrastories" series. Now, it is about the empty lots in the city. The way our history is reduced to its most expedient exchange value as real estate - thus the reference to the dollar bills. It’s about the value/status of our past experiences/knowledge and ways of living in the current narrative of development and progress. It also infers the Peschier family plot as a form or sign as the Savannah continues to be paved, threatened and violated.

6. Is the loaf of bread on wheels going or coming? It’s derived from an image of a local minister in a cool car giving the "no comment" look from behind his wheels to journalists. This image from the daily newspapers in the mid 90’s made me think of those 1970s Tony Falcon movies from the Phillipines that I saw at Globe - the words "once you have bread and wheels you good to go..." came to mind.

7. The the faded figures in the center continue to reference the kinds of movies I grew up seeing in the 60s-70s. Wang Yu in "One Armed Swordsman', Clint Eastwood and Amitabh Bachchan are seen.  Then of course there is “the block” derived from our  local Percy moment in the last elections. The link between action movies, karate and spiritual blocks are played with. Some how,  the imagery from what is called  "Blaxploitation” films slipped out of the net even though they factor heavily in my other works. Somewhere in there is also a lady in patterned maxi- dress looking like those from the early 70's. This like many of the other images came from the newspapers. It is an image of our past national spiritual adviser.


8. The box on the head of the silhouette  (which comes up again and again in my work) with the "made in china" stamp and the mysterious figure that stands on the box like the Cipriani statue “in town” or like the contemporary politician who thinks that development status could be bought. But, the head is also "carrying-load" which is also a reference to previous works. I do not mean to compare Cipriani in this way but I wanted to express something  by comparing our past with our present.

9. The image has both topical and conceptual ideas of the moment or of my general concern. It tries to capture a moment or the moment so there is a time bending in that the world this work describes is any place like this, but also, this place. The recent "Dudus" event and similar ones here and in other parts of the hemisphere make that clear. It’s not a new question this collision of art and life. The word's "Now Showing" are layered into the image.  Are we living in a movie unmade?

Posted by christopher cozier at 11:46 pm No comments: